As we began to practice interviewing, we did a small interview with our class mates about the 2008 Presidential election which was only supposed to be 10minutes long. That interview was nerve racking. It was hard to ask the interviewee questions when the interviewer had no questions. Also it was challenging to bring the interviewee back on track to stay on topic. After we conducted these small interviews, we discussed as a class how we felt it went and we received feedback. This included tone, not seeming too brash with questions, and even eye contact.
Our next set of interviews were done amongst each other again but this time about the storm. We used the same questions we would ask out future interviewees for the project. This exercise allowed us to get used to the questions and pacing ourselves. Although most of our interviews never made it past an hour, we still felt it was good practice. Some people expressed feeling awkward simply because they weren’t sure if they had answered the question how the interviewer wanted etc. Others felt it was a bit hard to stay focused because we knew each other so it felt like they were having a conversation and not so much a formal interview.
When I finally conducted my interview I was confident. A few days earlier, I took a trip to the Bayshore area with Mary (who was a great help) and met the family if whom I would be interviewing. *Side note: Mary assisted most of the class with finding people to interview since she was from the area.* The family was Mary’s co-worker and they were very warm and welcoming – this conquered my fear of awkwardness due to the lack of a relationship with the interviewee. Mary and myself explained what the project was about an how the interview would conducted and that in the end we will be transcribing them just that they are aware that it will be formal. The night of my interview, I had the recording equipment and my phone as a back up. We had just received the recorders that evening maybe 2 hours before I had my interview and I just didn’t trust it. Meaning I wasn’t sure if it would record or die on me so I had my phone as a back up.
The interview went really well. Linda Gonzalez (my interviewee) answered all the questions even most before I had to ask them. The interview ran for about an hour and a half. Once the interview was over, I sighed a breath of relief knowing that it was done and it went well. I enjoyed the interview and looked forward to completing more interviews. I loved hearing the stories these people affected by the storm had to share. 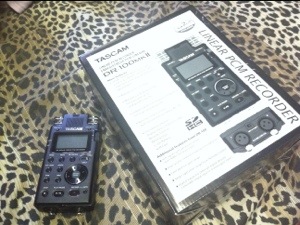 Once a Beach Front home now in the swamp

This home in Union Ave / Front St. in Union Beach was once facing the shore. It has been pushed so far back off the foundation it is in a swamp. It hasn’t been moved since I’ve been there. 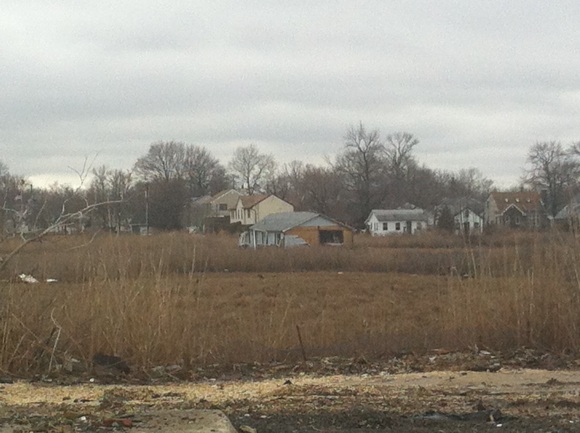 Homemade Video of Port Monmouth during and after Sandy

Jesse Herbert, creator of this video, dedicates this video to the town in which she has taught in for years.

The Beginning of an Oral History Project

I can say I have lived through three hurricanes while living here in America. Irene had a major impact on our area but not as damaging and devastating as Sandy. When I heard about the oral history project I immediately signed up. I wasn’t sure what I was getting myself into but I knew it involved people, the hurricane and being a part of documenting it. I got involved in the project because I know Hurricane Sandy had a major impact on the state. Once I got to the class and was told what was expected I was a little apprehensive but still excited nevertheless. Tackling the process of where we should interview was the most intriguing and tedious process at the same time. I know it’s sort of a contradiction but I’m a walking contradiction myself so hey! Anyways, I learned the difference between the Parkway and the Turnpike thanks to my classmates. The second part of creating the grounds for the project was what we are looking for in terms of diversity of the project. I remember finding out that one of my family’s favorite spots (Keansburg) was on the lower socio economic scale whereas, me as a tourist would have never imagined it to be so. Brittany and Mary being from the area contributed a great deal with offering insights about the towns socio economics, those affected by the storm, and other various information as well as compelling stories. So far, I’ve thought the hardest part of the project was coming up with the questions but now I am beginning to think differently as we move into the interviewing stage. My next post will speak about the interviewing process. Keep looking out for more posts!

The first sights of Sandy in my hometown.

This was pretty much the only damage on my block. I live in North Jersey

Staring out to Sea